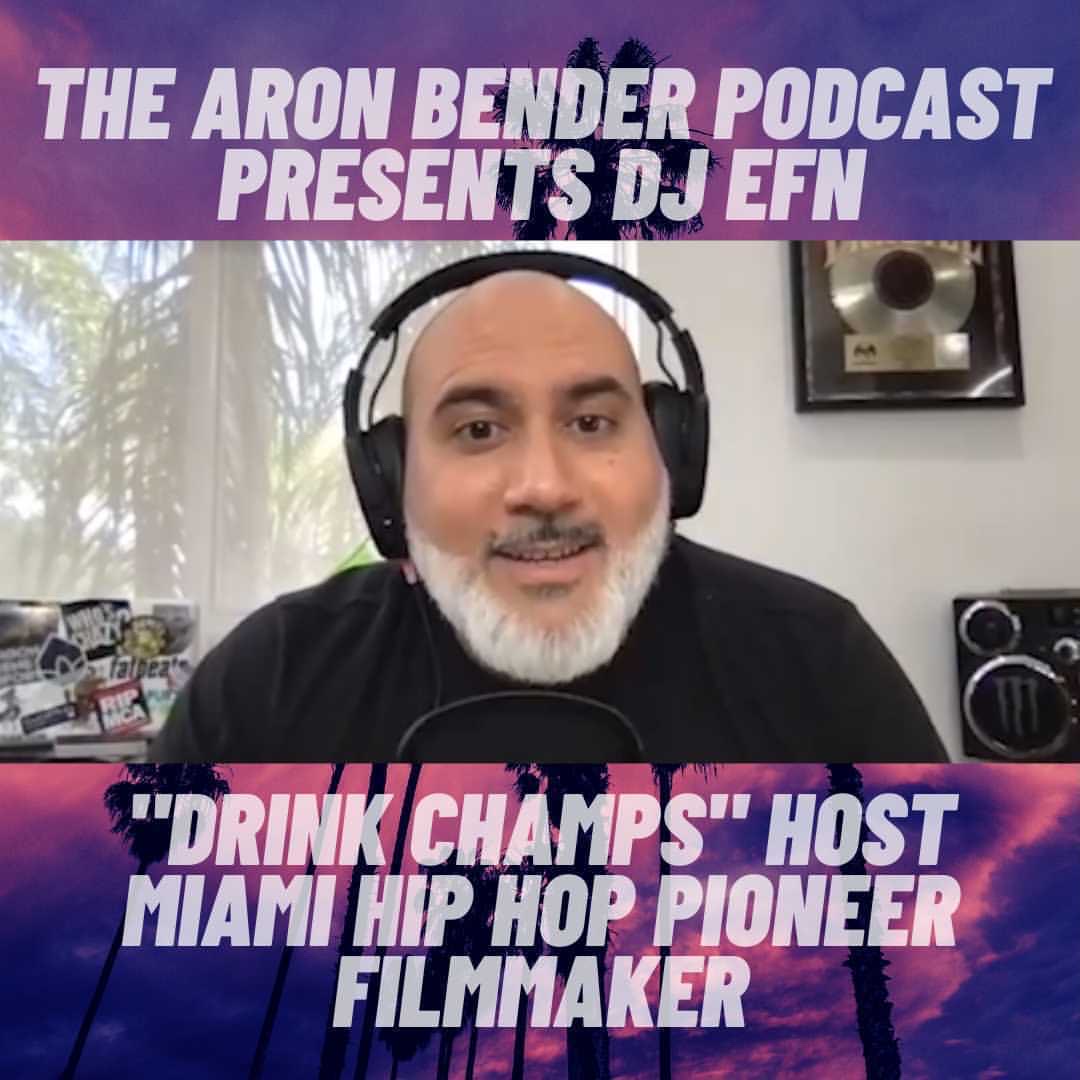 Aron Bender is joined by DJ EFN — a legend in Miami hiphop and a trailblazer in the podcast game. Eric Narciandi came up in the 90’s and early 2000’s dropping dozens of mixtapes that didn’t just put him and his crew on the map. He helped put South Florida on the map.

And as we get into in this conversation, he wasn’t about to settle with just music. He’s started an international documentary series called “Coming Home,” and is one of the creators of two of the most successful podcasts: “Drink Champs” and “Father Hoods.” But DJ EFN’s story doesn’t start in Miami … it starts in Southern California. He lived in Anaheim Hills and then South Gate before finally settling in Miami after his Cuban parents divorced. We talk about his relationship with his Vietnam War veteran father, how he broke into the music business shooting his shot at a conference in Miami in the early 90’s, his career “pivots,” and what it’s like being a 40-something dad with two young kids.