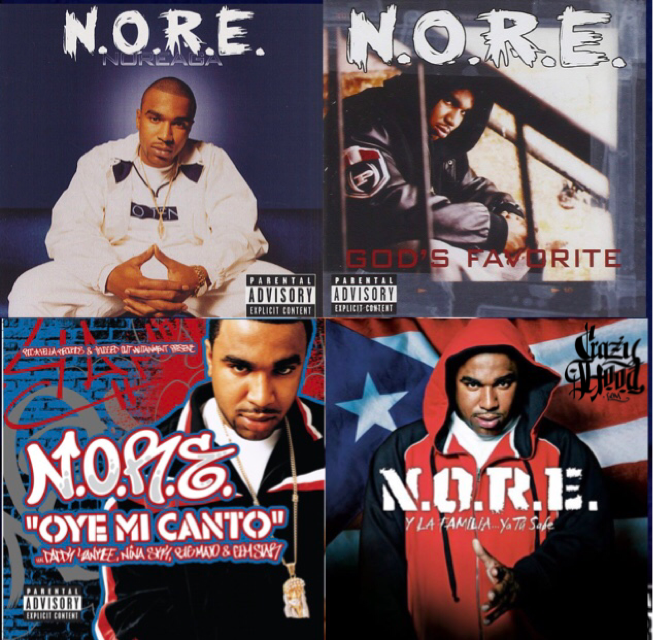 In celebration of the upcoming release by N.O.R.E. “5E” — CrazyHood.com created their Top 10 Playlist of some of N.O.R.E.’s most notable singles. Preorder “5E” here. 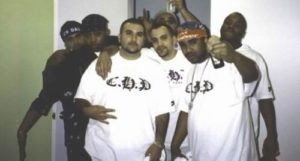 DJ EFN and N.O.R.E. have a long standing friendship that’s gone 20+ years. Together they’ve made history with their largely successful podcast/tv show DRINK CHAMPS! DJ EFN himself picked out some of his favorite songs from the classic catalog of N.O.R.E.. Some of these songs DJ EFN worked with N.O.R.E. personally and were recorded @ Crazy Hood Productions.

“Blood Money” (produced by EZ Elpee) is the second song from the debut album of CAPONE-N-NOREAGA  “War Report” released on June 17, 1997.  Although the Blood Money is one of the duo’s most popular songs, it was never officially released as single. Because of the tremendous love & support Capone-N-Noreaga filmed and released the video for the song 15 years later, on August 9th 2012.

Oh No (produced by: The Neptunes) is the 2nd single from N.O.R.E. second studio album “Melvin Flynt – Da Hustler” which was released on August 24 1999 by Penalty Records.

“T.O.N.Y. (Top Of New York)” featuring Tragedy Khadafi is the 2nd single from Capone-N-Noreaga‘s “War Report”. The single is produced by Nashiem Myrick & Carlos “6 July” Broady for The Hitmen  and released in 1997.

From the debut album from Noreaga (N.O.R.E. released in 1998) Banned From TV is the third official single. The song is produced by Swizz Beatz and features guest appearances Big Pun, Nature, Jadakiss, Styles P & Cam’ron.

“Nothing” produced by The Neptunes is the 3rd single God’s Favorite, the third solo studio album by N.O.R.E. The album was released on June 25, 2002, by Def Jam Recordings.

From the debut album “N.O.R.E.” – Superthug was Noreaga’s first hit record. This was also his first collaboration with The Neptunes. Superthug was the 2nd single from his debut album and at the time it was his highest charting single, peaking at #36 on the Billboard Hot 100 and reaching #1 on the Hot Rap Songs chart. [1]. It was later surpassed by in 2002 by his single “Nothin” which peaked at #10 on the Billboard Hot 100. [2]

On my podcast “Family Ties” I had the opportunity to interview N.O.R.E. as he told his perspective of the Crazy Hood Story. Check out Season 1: “A Crazy Hood Story” available now on all digital platforms. Read the full N.O.R.E. Family Ties article here.