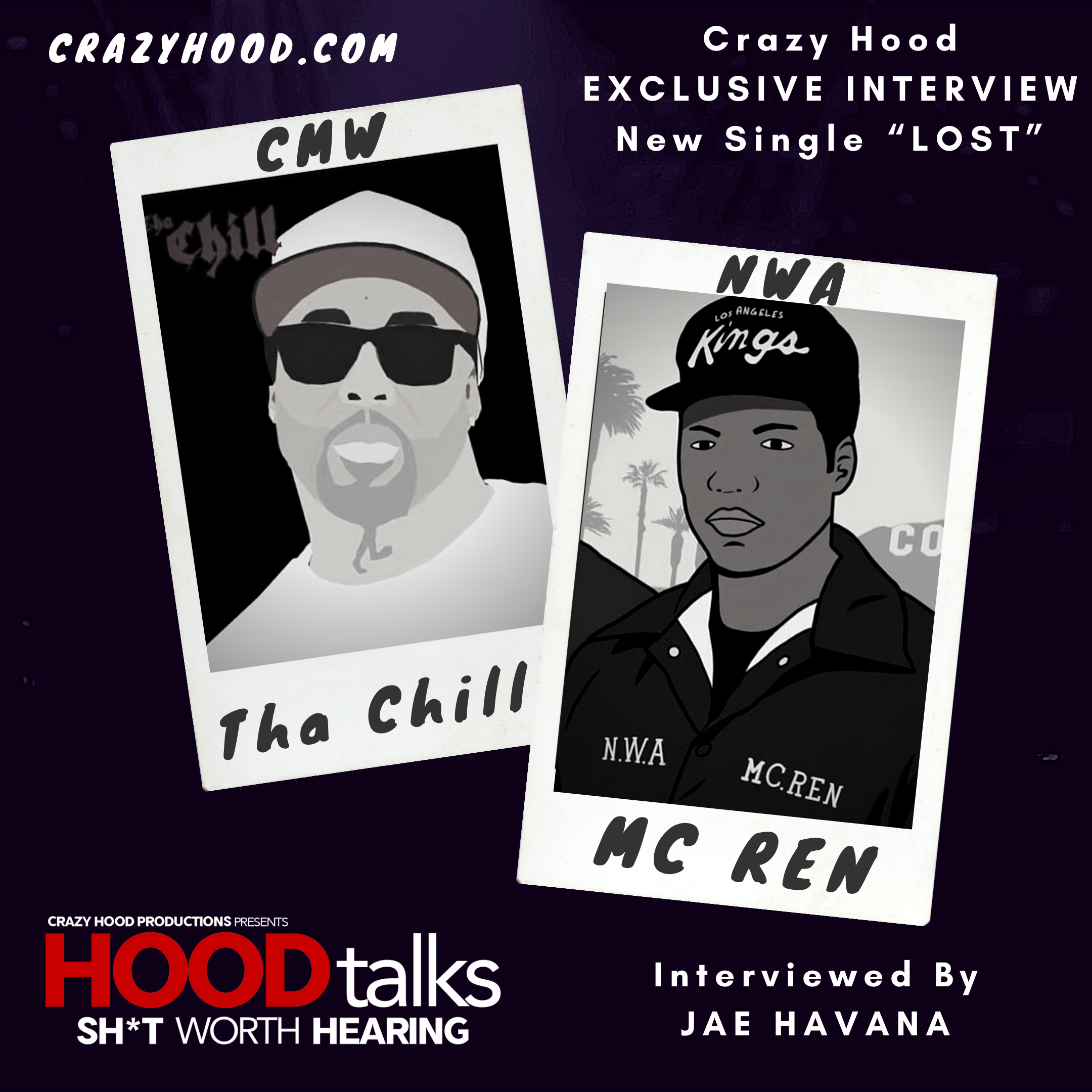 Los Angeles, CA – When you think of the West Coast, realize that it’s more than chronic and palm trees. We have a rich history of cultures that have united in The Golden State and have flourished on this California soil.

The culture of West Coast Hip-Hop has been one of them. Standing tall amongst Hip-Hops elite and globally influential N.W.A. and Compton’s Most Wanted became icons. Tha Chill from CMW and MC Ren from NWA became legendary for their artistic creativity but it was their authenticity that influenced their passion for music.

Today MC Ren and Tha Chill collaborated on their most recent release titled “Lost” we spoke about it, in this Crazy Hood Exclusive Interview.

When I first heard the production behind “Lost”, it instantly took me back to 90’s west coast hip-hop. The music plays as the perfect West Coast soundtrack, with a beat that you could ride to and vibe with your crew. Lyrically Tha Chill and MC Ren touch on the disconnect between the Golden Era of Hip Hop and this generation of artists. “Lost” provides a hot topic hip hop heads can debate on.

Tha Chill and MC Ren recently sat down with me to talk about their new song. We discuss the pros and cons of hip-hop’s new generation, the disconnect between the two generations and classic NWA & CMW tour stories. Chill and Ren even shared with me their favorite #QuarantineMeals that they are their families are cooking during this COVID-19, stay at home order.