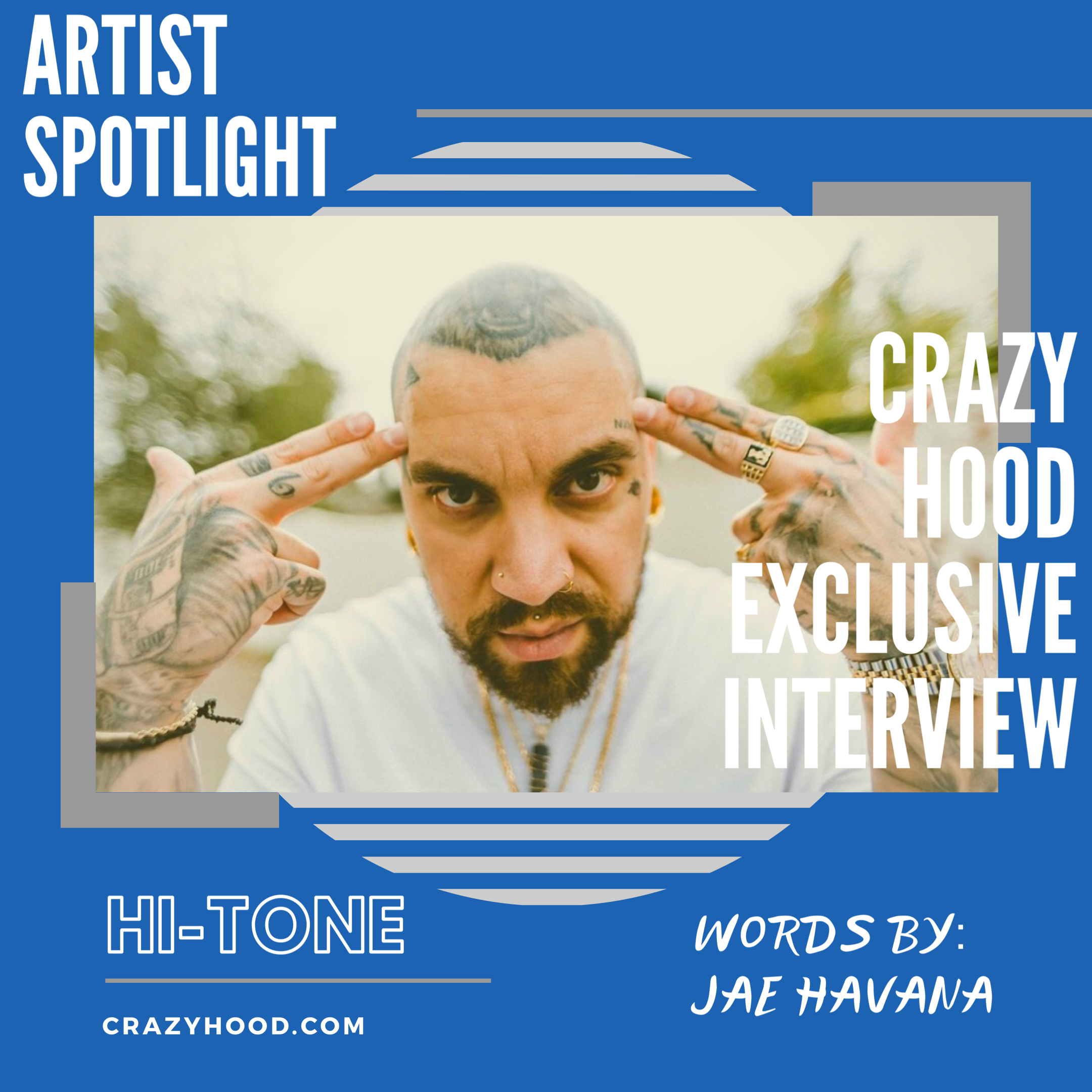 Consistency is a word that Hi-Tone lives by, just a few weeks ago he released his mixtape “BARS & SALSA” and months before “POA RE-ENTRY” the follow up to his previous album “PRICE OF ADMISSION (POA)”. That’s 4 albums in one year!

Here at CrazyHood.com you might be familiar with Hi-Tone. A few months back we revisited his NXN album along with the release of BARS & SALSA. This go around we shift the focus to Tone’s new album “WHO’S TONY?” an album that gives us an introspective look at who Tony really is.

If you’re not an artist, you might not realize this, but every time an artist releases a new project, they open the door for the public scrutiny, just as wide as they open the door for love and admiration, that’s the price of admission for us. The long hours of hard work & dedication, are decided within a matter of minutes if the art we created is good or bad. It doesn’t matter how much time, how creative or how great we as artist think our music is, to the public our art is judged immediately. But this doesn’t stop Hi-Tone, he continues to improve with each and every album & continuous to evolve as an artist as well.

Have you ever discovered sharing a similar characteristic with someone else? In “WHO’S TONY?” Hi-Tone has identified these characteristics with 8 different people. Hence the names Bill Gates, Ritchie Valens, Martin Luther King Jr., etc. Martin Luther King Jr?!?!? No, he’s not comparing himself to MLK or any of these people in American History, he’s identifying his commonality to these individuals.

Each song captures the specific characteristic that Tone shares with the person.

For example, the first song of the project (“Frank Lucas”) immediately sets the tone of the album. As an audio clip of Denzel Washington‘s character Frank Lucas from the movie “American Gangster” plays, his character says;

“See, ya are what ya are in this world. That’s either one of two things: Either you’re somebody, or you ain’t nobody.”

Frank Lucas who is famously known as a former drug trafficker during the late 1960s and 1970s operated his organization from Harlem. But understand Hi-Tone is not claiming to be a drug trafficker, the latter, he finds similarities between himself & Frank Lucas as businessmen & family men… they are somebody.

If you’re not familiar, besides the music Hi–Tone is a professional tattoo artist & operates his own clothing line “TFC: Top of the Food Chain” a clothing line with online store & an actual storefront that’s currently under construction. Hi-Tone is all about family. Take a look at his previous videos or his Instagram, Tone is not afraid to let his fans into his personal life. He’s shown his siblings, mother & even grandmother in previous music videos. If you remember, Frank Lucas empowered family members by giving them jobs within his organization and even moving them from North Carolina to New York.

Throughout the album you’ll hear Hi-Tone find himself in the music and identify more commonalities between himself and the person the song is named after.

In his song Johnny Castle: Named after the character (Johnny Castle played by Patrick Swayze) from the film Dirty Dancing. Johnny Castle is a dance instructor at a resort who develops a romantic attraction to his dance partner Frances “Baby” Houseman. In the film Johnny Castle character is graceful but is a hard worker, who hustles to get money by teaching women to dance, most of which fall in love with him. But on the inside Johnny hides a lot of his feelings and Baby is the one that understands him.

“Everybody want the street credit, I want $20,000 visa. Credit 780 plus tho, I can finance what I want tho, you can sell a lot of coco but you can’t buy a house cash tho. I just cut it like I see it, rock the boat like Aaliyah…”

Patrick Swayze’s character, Johnny Castle evaluated his situation and understood how he could benefit from it. In his lyrics Hi-Tone also understands what’s important, he chooses to go in the right direction by getting his credit score high, instead of developing a street credit which can potentially lead to something worse down the line.

There’s more to a person than what they are notably known for, all of these traits are characteristics of Hi-Tone. Although there’s moments when he feels like Bill Gates, Johnny Castle, Ritchie Valens or Money Mitch, at the end of the day Hi-Tone knows who he is. A person of authenticity, who invests in himself and allows nothing to come in between the things in life that are most important to him.

Top Of The Food Chain: https://www.tfctmbh.com/