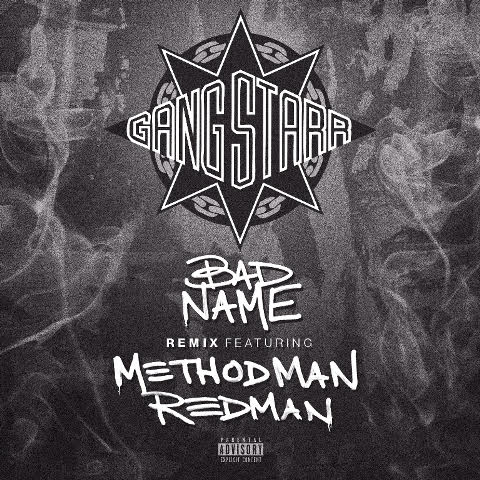 On 11-1-19, Gang Starr released their historic new album, One Of The Best Yet, their first album in sixteen years.  The album was met with overwhelming critical praise and fan response.

With Gang Starr billboards predominately displayed in Times Square, London and locations across the world, One Of The Best Yet made a swift and immediate impact rocketing up the charts to become the #2 album in the country; trailing only Kanye West’s Jesus Is King.

To officially announce their reformation, Gang Starr released the album’s first single and video for “Family and Loyalty,” featuring J. Cole.  The adulation and reaction was immediate, palpable and overwhelming!  Funkmaster Flex dedicated an entire hour long-tribute set to Gang Starr before debuting the single and a Gang Starr Billboard lit up Times Square as “Family and Loyalty” rocketed up charts and playlists generating millions of streams; Gang Starr and “Family and Loyalty” also became trending topics on social media.  J. Cole added further urgency by announcing that his guest appearance on the single he labeled “an honor to be a part of” and “a classic” was to be his last guest feature.

This literal gift of an album not only harkened back to Gang Starr’s seminal work of the past, but it re-established their impact in a modern-day perspective, which the Gang Starr feature in the New York Times poignantly affirmed. DJ Premier sat down with prestigious outlets like Pitchfork, NPR, Rolling Stone, Complex, Fader, BET, Billboard, ESPN, Apple Music, Genius and the Breakfast Club to discuss the unbelievable back-story and origins of One Of The Best Yet.  The album also received “Best Of 2019” nods from outlets such as Variety, The Ringer, Rolling Stone, The Guardian, Good Morning America and GQ.

Today, Gang Starr welcomes you back to One Of The Best Yet with a special remix of “Bad Name” featuring Redman and Method Man; which was exclusively premiered by Rolling Stone.

“It’s been an incredible run and the feedback has been tremendous.  Gang Starr fans are the best and so diehard. They knew with Guru not here, that I was going to pull this off.  They trust what we do and knew I wouldn’t put a new Gang Starr album out unless he and I would be proud of it.  The illest thing has been going back and re-watching our old archived footage.  Seeing Guru happy.  It’s brought back so many memories.  It’s very documentary level stuff” DJ Premier commented to Rolling Stone.

“There will be more videos released for One Of The Best Yet, but I want to keep the music side fresh.  We’re discussing a bunch of different options, perhaps releasing some new tracks, or a b-side like “The ? Remainz,” there is still music.”

“My plan all along was to include and do special remixes after One Of The Best Yet was released and I knew Red & Meth would be perfect for the remix of “Bad Name” and they both really wanted to be a part of this remix for me and Guru.  I did a new arrangement and its so dope with Red & Meth putting their spin on it.  Meth is the perfect closer and Redman blacks out.  He sounds so happy and it comes thru the speakers.”

Gang Starr will also be performing at the 2020 Gods Of Rap II Tour alongside Nas, DMX, The Lox & Just Blaze.  You can purchase tickets starting on Friday 1-31-20.

Purchase and stream Gang Starr’s One Of The Best Yet at your preferred DSP: https://ingrooves.ffm.to/oneofthebestyet (explicit version)