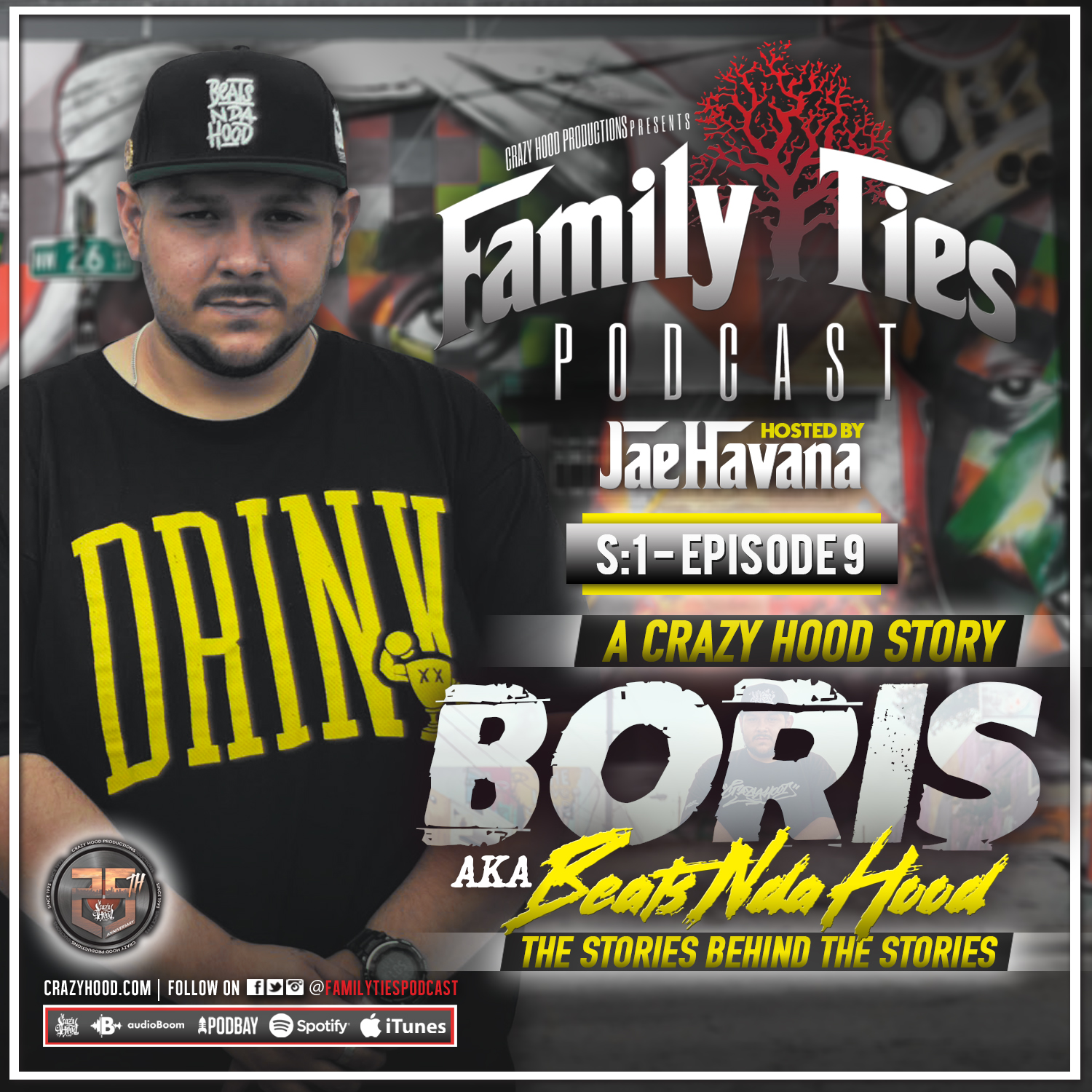 The story of Boris aka BeatsNdaHood starts in Peru, in a city called Callao. It was here where Boris used to bang on pots, pans & doors, anything that would make sounds. His family didn’t have much but together they had music.

His father recalls. countless moments of Boris attempting to make music by making noise with the closest object around. Boris didn’t grow up on Hip Hop, he grew up on Salsa, the music of Hector Lavoe, El Gran Combo etc.

It was this type music that brought joy to his life and he mimicked it every chance he could.

Thoughts of moving to America never crossed his mind but one day his father won a lotto of sorts, that provided them with a visa and residency in the United States. It was then, that Boris and his family moved to Kendall.

Growing up in Peru, hip hop didn’t cross his mind, he once heard Juvenile’s song “Back That Azz Up” and didn’t think anything of it.

To him it was something foreign. It had a beat but he didn’t understand a word of English so he couldn’t really enjoy it. His world was consumed with the music his family and friends would normally enjoy.

In Miami he adapted quick. He opened himself to a new life, new music but still keeping his core values, beliefs and his roots alive. In Miami he discovered Bob Marley and was immediately captivated by it. The rhythms, vocal performance, lyrical topics were all very interesting to Boris. By this time he had learned English, understood it and was still taking classes to improve on it.

By the age of 15 he connected with fellow CHP member Eddie Gigs. Through a mutual friend, Eddie showed Boris everything he needed to know about Guerrilla Marketing. He showed Boris the whole city of Miami, which helped Boris navigate throughout the city and learn about it’s various cultures.

Even after joining Crazy Hood, Boris had no intentions of producing music. He was all about learning the business of the music industry and at the time focusing on improving the marketing & promotions division with Eddie Gigs.

It wasn’t until social media came around, when the street teams started to suffer. Social Media was the new way to guerrilla market and being on the streets was becoming more of an expense. Boris, always looking to evolve, started dabbling into beat making. He took his time to develop his craft before mentioning it to EFN & the rest of the crew. Even after, he still felt he needed more improvement before collaborating with other artists.

While learning and perfecting his style of production Boris realized that he would need a name. Brainstorming with DJ EFN, EFN came up with the name BeatsNdaHood and it stuck!

Eventually the opportunity to showcase his beat making skills came, as he inspired Heckler to create his album “Life & Entertainment” it was here when Boris first released any music publicly.

“There’s a difference between making a beat and producing” , Boris says. Throughout the years he’s developed into a talented and respected producer, working closely with artists such as Dead Prez, Inkas Mob, Trick Daddy, N.O.R.E., Juvenile, etc.

Juvenile, the first rapper he ever heard spit over a cassette player in the streets of Peru, Boris eventually worked with. And to add another highlight to his career, working with El B de Los Aldeanos, got Boris his first Grammy Nomination! An amazing accomplishment at such an early age.

Tune in weekly and hear the individual stories of each Crazy Hood member. Family Ties, takes an in depth look at the teams behind a movement. To celebrate Crazy Hood’s 25th Anniversary we will hear from each member of Crazy Hood and their perspective of the Crazy Hood story.