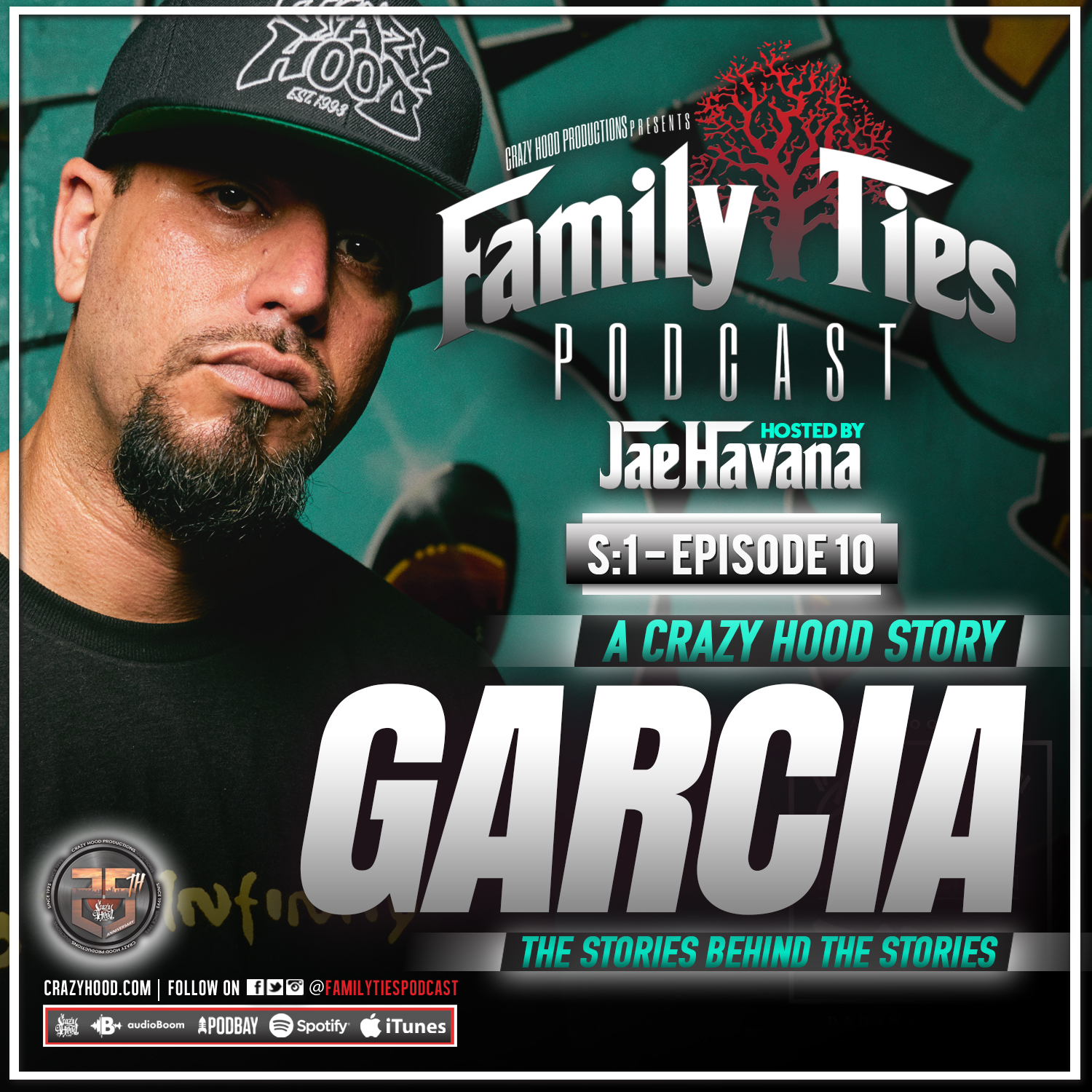 After hearing Pubic Enemy’s “Welcome To The Terrordome”[1], that’s when Garcia was hooked. It wasn’t just about the boom-bap & the raps; Garcia loved the culture of hip-hop and immediately immersed himself into it.

When Chuck D said “I got so much trouble on my mind Refuse to lose…” [2] it connected with Garcia. And Chuck D’s power message in “Welcome To The Terrordome” made Garcia realize that hip-hop allowed us to speak our truths and by doing so we had an outlet to connect with others.

Garcia’s passion for rhyming along with his hustler’s mentality benefited him. As an artist he’s been able to creatively express himself through music and later on through film. As a businessman he’s able to market himself to his audience, so they can easily understand his vision. One of the first times Garcia was able to do this was in high school, as he made a name for himself by selling his tape throughout the school. He admits that the music isn’t his greatest work, however his classmates supported it, strongly because they seen his vision.

In order for Garcia to sell his tape, he saved 1 year worth of his lunch money. In that year worked on his lyrics, flow, wordplay etc. and eventually recorded a song. In that same year, Garcia learned how to press his own tapes as well. When he was ready to distribute, Garcia had the knowledge to do it all. He was the artist and the distributor. People seen that and supported it!

After high-school and into college he continued to expand as an artist and as a businessman. During the day, he attended college @ Miami Dade[3] and took film classes to learn how to shoot his own music videos. At night he worked at Kinko’s[4] so could be able to press up his own music, without spending his own money.

His job at Kinko’s eventually would open the doors to his future. Little did he know but DJ EFN and the rest of Crazy Hood had their weekly meetings at same Kinko’s Garcia worked at. Introduced to EFN by one of Garcia’s co-workers, EFN respected Garcia’s hustle and expressed his interest in managing him. Garcia joined Crazy Hood and EFN managed him under the condition of a name change and a rebranding. Garcia was with it, he trusted EFN and knew that he would be able to help him get to the next level.

It’s more than business as Garcia, EFN & the rest of Crazy Hood developed a brotherhood between them. Remember, he didn’t grow up or go to high school with the crew, he came on board a few years after “Crazy Hood” was created. However, through all his struggles and success the crew has been there for him. The crew never pushed Garcia away when he was dealing with his demons instead they supported him.

For more on Garcia’s story, listen to Episode 10! Be sure to tune in weekly and hear the individual stories of each Crazy Hood member. Family Ties, takes an in depth look at the teams behind a movement. To celebrate Crazy Hood’s 25th Anniversary we will hear from each member of Crazy Hold and their perspective of the Crazy Hood story.