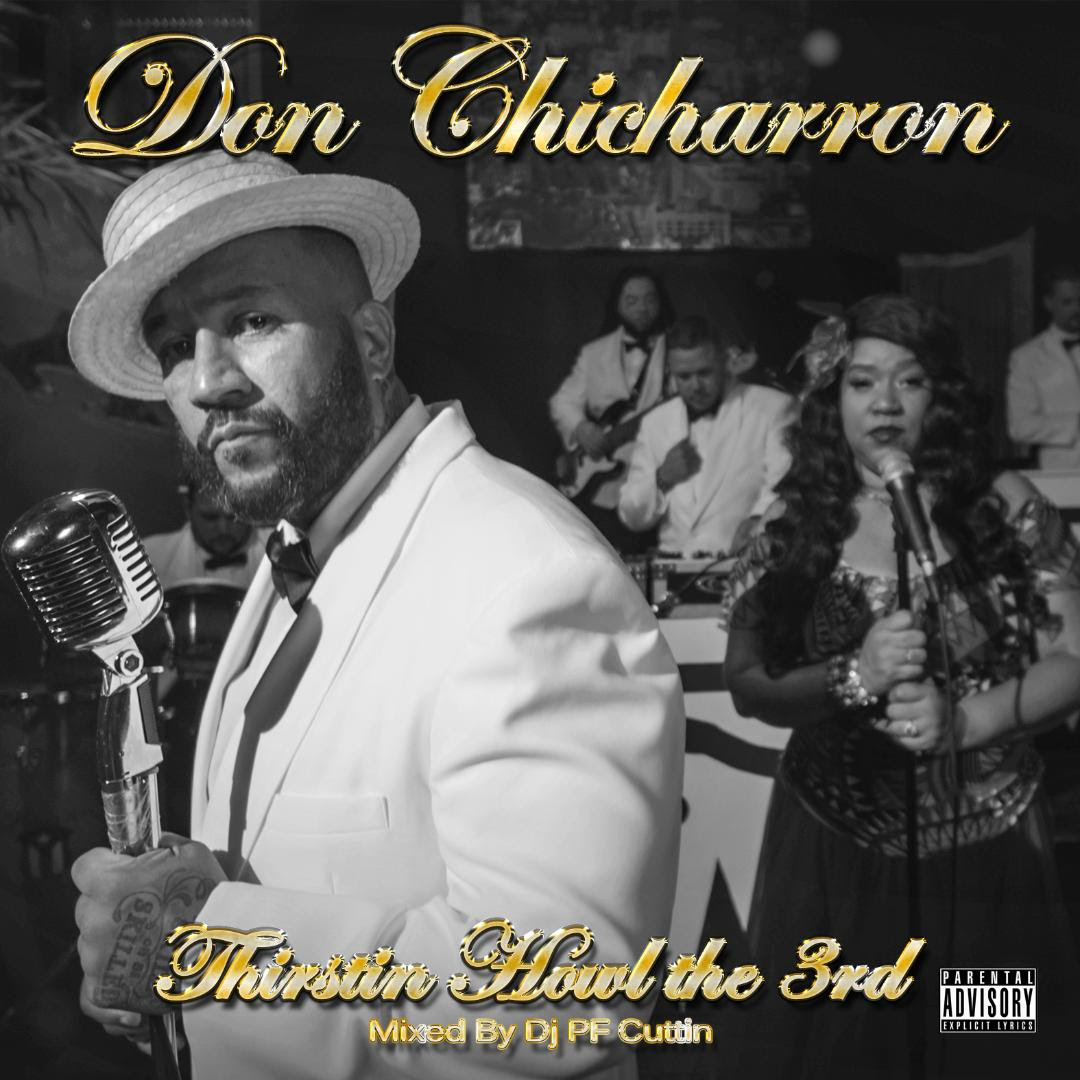 Thirstin Howl the 3rd a.k.a. the Polo-Rican is back in full Spanglish mode! Just scant months after the release of his collaboration project with Sadat X (Brand Nubian) The God And the General he returns with a full-on celebration of the Latin roots of New York Hip-Hop. In the identity of Don Chicharron he goes in on an array of classic salsa, Hip-Hop and hardcore Latin soul breaks.

The twenty-five track deep project which blends new and previously released material is fully mixed by the legendary DJ, PF Cuttin’ (Sean Price, Blahzay Blahzay). It also features appearances from some veteran Latino emcees representing boom-bap. That includes Hurricane G (Def Squad), Power Rule and TMP The Microphone Prince (who was the youngest Puerto Rican to sign a solo record deal back in 1987).

Speaking on the project Howl said “my man had a crate full of vintage Latin soul and salsa records from his pops. There was so much fire in that crate and I always stay recording music that I realized between the freestyles I was recording and previously released material I had a whole project over salsa break-beats. Some of the new tracks were just me and DJ Exes firing up breaks in the studio. All of the joints with TMP The Microphone Prince were recorded in his crib in Philly. I brought my mobile recording studio and we had five songs knocked out in two days. He’s a beast with the Spanglish like me.”

As any fan of the Lo-Life general knows, Thirstin Howl is as much a beast with the camera as he is with the microphone. This includes a short film around Don Chicharron which blends a number of musical performances at Howl’s fictional nightclub, Grandma’s House.” Directed by Thirstin and Box Lo.

Speaking on the plot, the Polo-Rican said “me and TMP play cousins who become club owners and everyone is upset at me because I named the club after my Grandma’s legendary spot that got torn down recently. Hurricane G, DJ Exes and the Lo-Life Miami family also appear.”

With the announcement of the Don Chicharron release (which is now available for digital purchase via Thirstin Howl’s website) is the release of this extended video clip from the film which features the project’s title track as well as “Gunner And A Gardner” and “Friendly But Deadly.”

Also look for Thirstin Howl The 3rd in the newly released HBO documentary Very Ralph talking about the passion and impact that Ralph Lauren and Polo gear had on the Lo-Life’s who in turn brought it into the forefront of Hip-Hop culture.