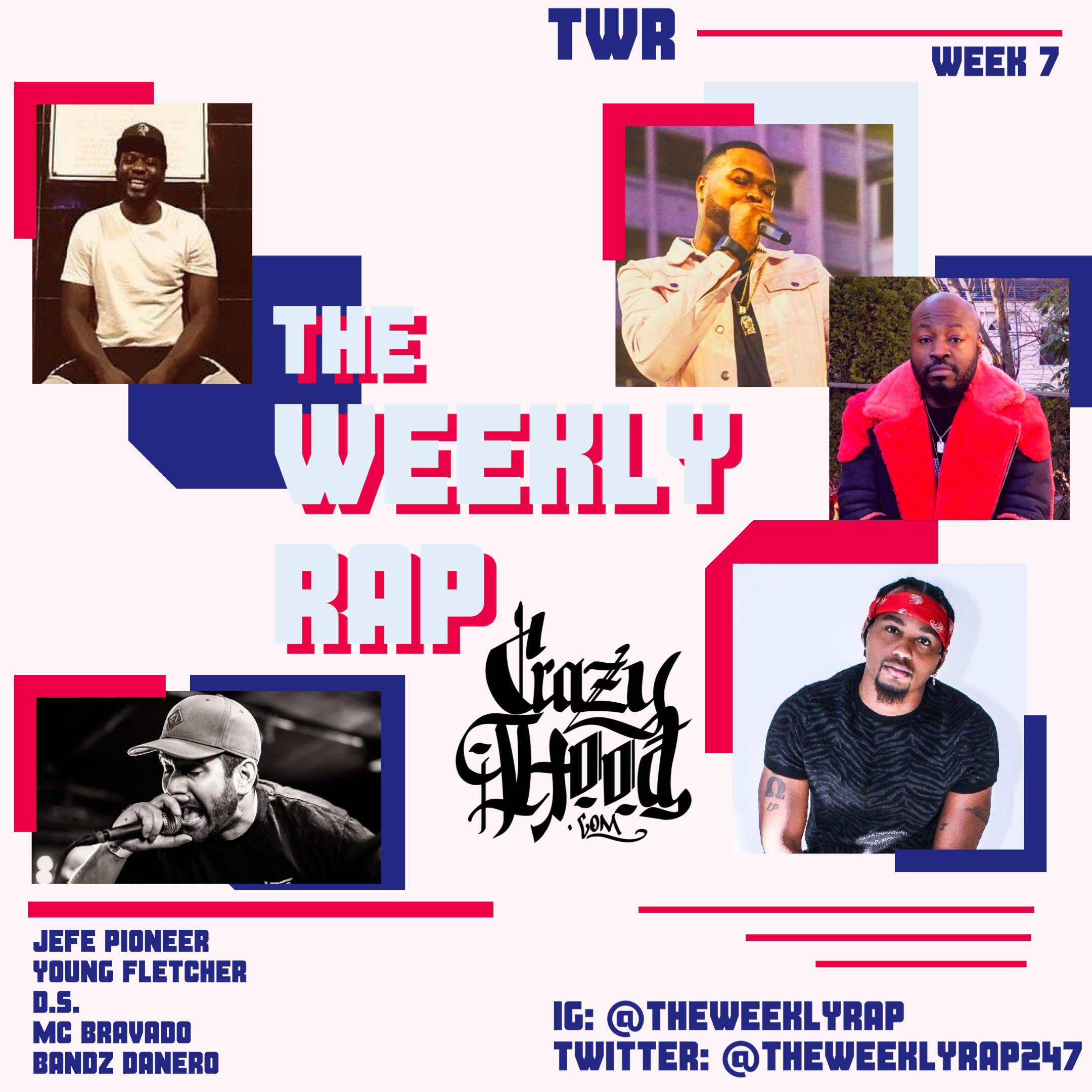 Here at CrazyHood.com in association with Crazy Hood Productions are proud to announce “The Weekly Rap”.  This is a series dedicated to featuring independent artists. Every Monday we’ll feature music from five different artists, one song each. This week we’d like to welcome Jefe Pioneer, Young Fletcher, D.S. , MC Bravado and Bandz Danero to The Weekly Rap!

His sound is a sensual blend of hip-hop, retro soul and forward thinking R&B/pop. Fletcher’s music pulsates with so much emotion it compels you to stop and ask: Who is Young Fletcher? The child of a Christian minister and a devout Muslim, Lamont Fletcher, learned the art of embracing multiple beliefs and experiences at a young age. This Winston-Salem and Charlotte, native has used these experiences to help create music that translates a myriad of thoughts and conveys a spectrum of emotions. With his smooth and silky vocals and his phenomenal song writing abilities, Young Fletcher has spent a lifetime evolving hoping to one day become a musical powerhouse.

D.S. is a unique up and coming Hip-Hop artist from Brooklyn, New York. With a deep understanding of musicality, he is consistently delivering lyrical quality over hard-hitting and soulful production. In the summer of 2013, he released his first solo project called “First Take”. First Take was a DatPiff exclusive and had over 60K views and 24K downloads. D.S. has performed across the country in Florida, New York, Colorado and more.  An artist with versatility and depth and the capability to make hit singles with multitudes of deliveries – D.S. gives each song an original sound.  D.S. has collaborated with many artists and producers ranging from Fat Joe, Jadakiss, The Game, Cool & Dre, and more. His goal is to send a message through his music and bring a unique balance of lyrical depth and head-nodding rhythm.

Baltimore’s (by way of NY) MC Bravado returns with “Dirty 30” a loosie produced by Militant Marxman, recorded/mixed by Brandon Lackey, and brought to you by Soulspazm. The record sees Bravado embracing a life decision that many would find completely insane: walking away from a tenured teaching job at 30+ to become a full-time rapper. “I was sad all my friends were married except me, then I saw the Maxim model on back of my jetski” is one of an endless array of quotables that see your favorite former English Teacher owning his choices in peak form. Add an introduction from the legendary Chuck D and a menacing instrumental from Marxman, and you have the first in a line of bangers that will hold over the Bravado faithful until his upcoming album (Title TBA) single is released in May. Said single features a member of Slaughterhouse, but that’s all that we can say for now.

Bandz Danero, born Willie Wright is a Hip Hop artist from Hartford, CT. Although he had a tough beginning, he found music at a very young age, as an alternative to the street life he was coming up in. He began performing and writing music on a serious level in 1997, where he began finding his sound, and overall honing his craft. In 2001 he and his co-partnered company Major League Records (indie label) released Dime And Gunz which was critically acclaimed, and an instant classic body of work in the local marketplace, and went on to move thousands of units independently.  Bandz Danero’s career came to an abrupt halt, as he just signed on to do a co-venture production deal with Grammy award winning multi-platinum producer Allan Gordon (Allstar) due to being involved in a 30 man drug indictment which cost him a 10-year federal sentence. Like every dark tunnel, there’s always light at the end. Bandz Danero returned home after serving his sentence in December of 2014, to once again partner up with childhood confidant and manager Anthony “Sal” Mickens, to finish up what they started with their own company, Huntzone Ent, which is a full fledged indie record label and production company. Currently Bandz Danero is slated to release his first project since being released from prison, called Bag talk Vol. 1 hosted by the mixtape powerhouse Big Mike, which includes production from Vinny Idol, and guest appearances from Jadakiss to name a few. It may have been a long road of valleys, creeks, and many pitfalls, but one thing for sure – Bandz Danero is here to stay, and the best is yet to come.