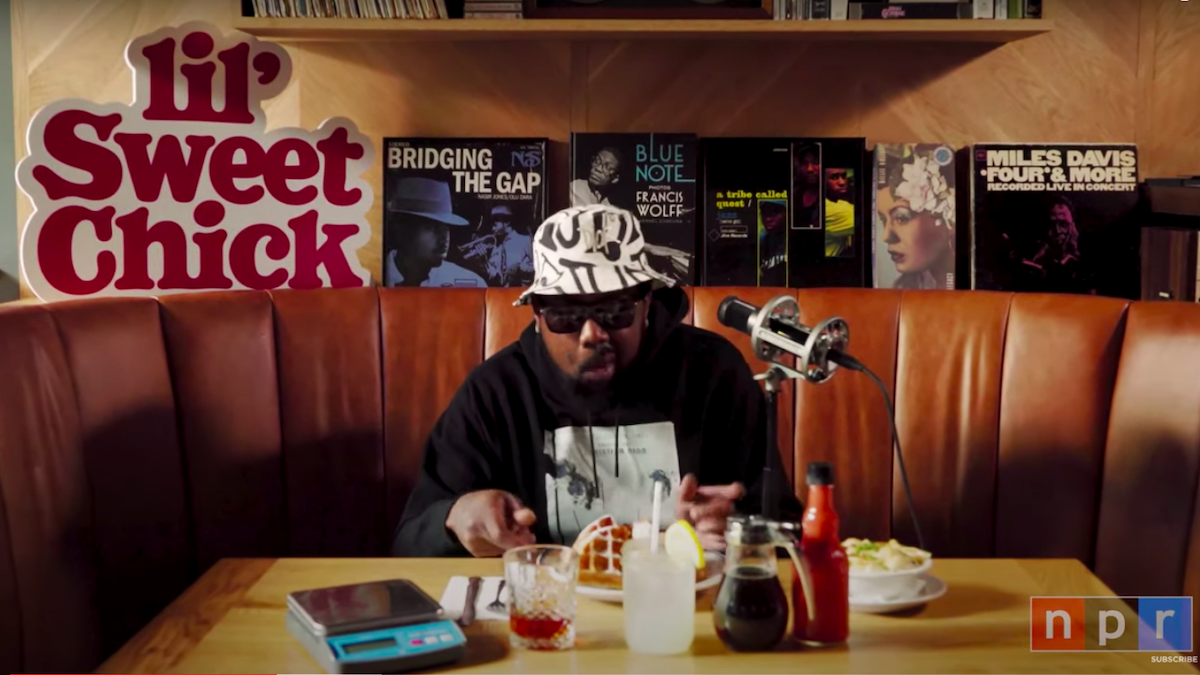 Sept. 23, 2020 | Abby O’Neill – Conway the Machine is bringing the heat throughout our bizarre national quarantine with multiple albums and mixtapes, adding to the groundswell of Griselda buzz that’s been building the past 12 months.

As one third of the gritty rap group, Conway brings a distinctive swag and raw emotion to the Tiny Desk (home) concert series (as did his cousin, Benny The Butcher). Nestled into a booth at a diner in Queens, N.Y., Conway delivers five joints, including three from his 2020 album From King To A GOD. “Front Lines,” produced by Beat Butcha, was written after the killing of George Floyd and speaks directly to the racial profiling committed by cops while policing Black communities.

“The Cow” is, as he says in the intro, “one of [the] most personal and transparent records I ever wrote,” in which he speaks about losing one of his best friends and getting shot in the head and neck. The injuries led to permanent facial paralysis. This poignant song, which will be featured on Conway’s Shady Records debut album, God Don’t Make Mistakes, is heart-wrenching and exposes the heavy trauma he endured while ascending in the rap game. The song has brought Conway to tears in the past, and the memories clearly get to him again here. That tenacity in the face of adversity is something we can all aspire to, especially in 2020.

The Tiny Desk is working from home for the foreseeable future. Introducing NPR Music’s Tiny Desk (home) concerts, bringing you performances from across the country and the world. It’s the same spirit — stripped-down sets, an intimate setting — just a different space.